“Bergamo Scienza” is a science outreach festival held every year in the city of Bergamo, Italy, since 2003. Its aim is to make science accessible to everyone for free and to spark the interest for science-related subjects to young students.

The MAPS team contributed to several past editions of the festival and in particular, at the 2019 edition it organized an exhibition about Mars. We offered the audience, mainly primary and secondary school students, an interactive, multisensory experience about Mars. We first showed an interactive sphere, showing the rotating surface of Mars, its history and its famous surface features: from a wet and warm planet rich of flowing rivers and standing lakes to the current dry and cold Red Planet, shattered by colossal dust storms. The huge shield volcano Olympus Mons and the planet’s widest canyon, Valles Marineris, were also visible.

After this, students could walk on an augment-reality enabled carpet showing the whole planet, created by our team. This interactive carpet indicated the names of the Martian provinces on a topographic map of the whole planet. While walking on the carpet the student could use tablets, provided by us, to view the most interesting locations on the surface of Mars: high resolution images of craters, volcanoes, rivers, and a 3D model of the Curiosity rover through augmented reality.

After the augmented-reality experience, the students could walk between panels showing color images of Mars taken by the CaSSIS camera on board the ExoMars Trace Gas Orbiter mission. The images depicted in great detail impact craters, ancient riverbeds, frozen dunes and other breath taking martian landscapes.

Finally, throughout the whole experience, the roaring sound of the martian wind could be heard in the background. This was possible thanks to recordings made by the InSight lander on Mars. Alongside the recording, a set of images of surface features sculpted by the martian wind, like dunes, yardangs and dust devils, was also shown.
Over the whole experience, experts in our team were available to guide the students and give them further informations and explanations on what they were seeing at the exhibition. 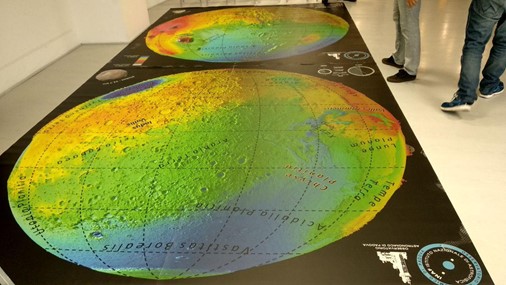 The augmented reality carpet showing the topographic map of Mars and names of its provinces. 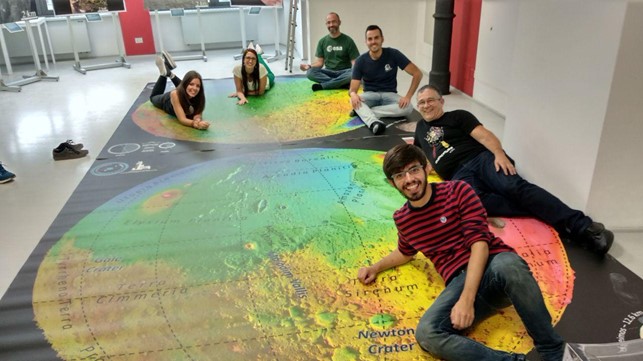 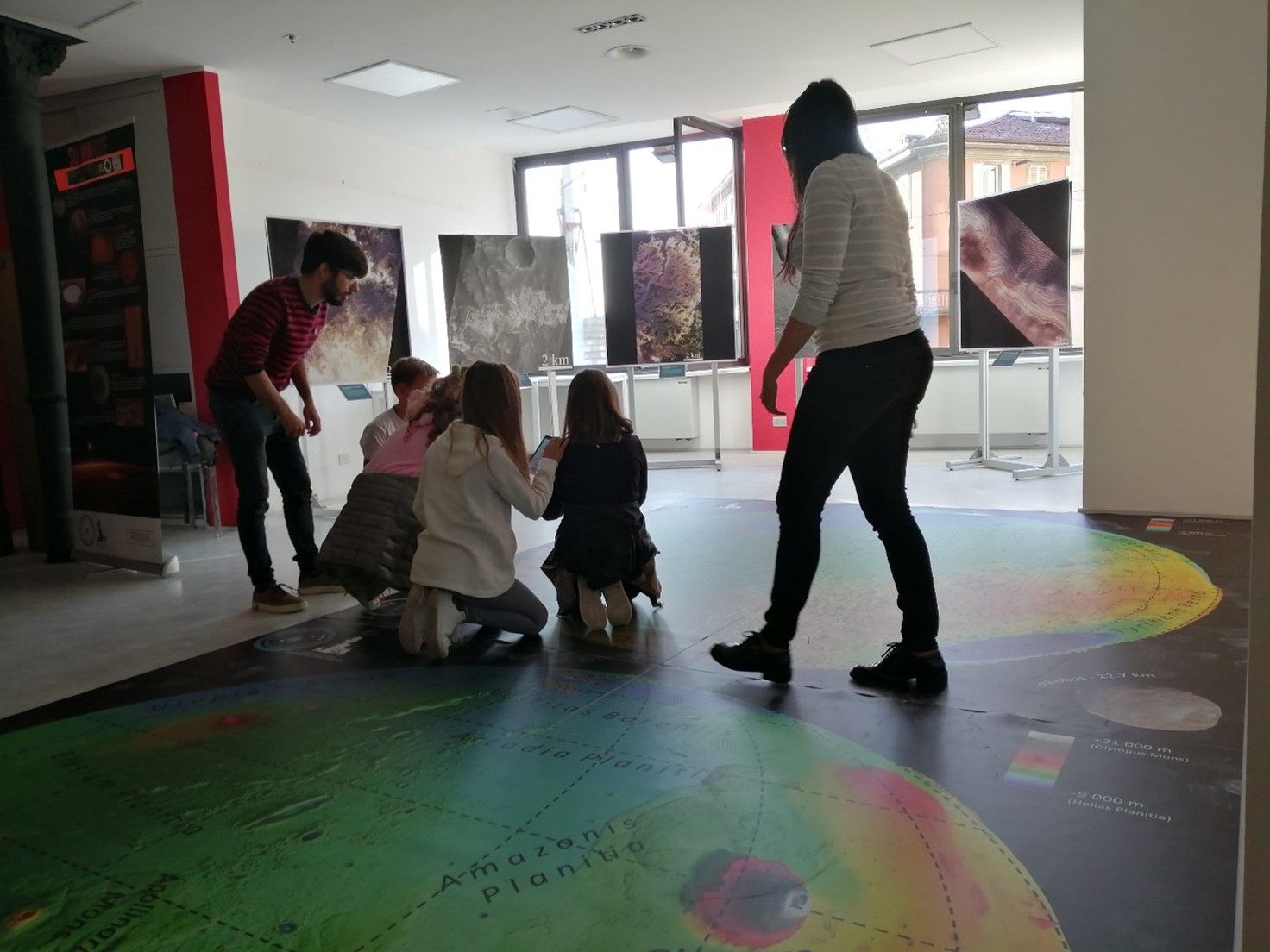 Students walking on the carpet and exploring the surface of Mars through the tablets and augmented reality, supported by members of the MAPS team. 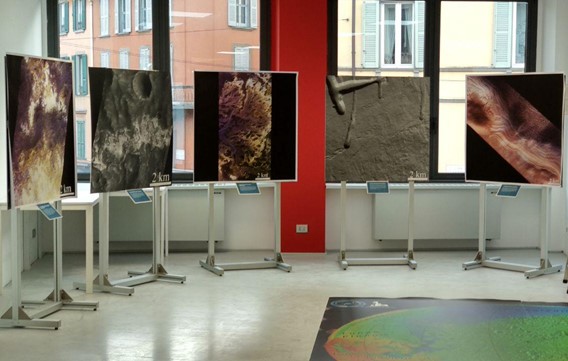 Colour images of Mars taken by CaSSIS and printed at high resolution. On the lower right, a corner of the augmented-reality carpet. 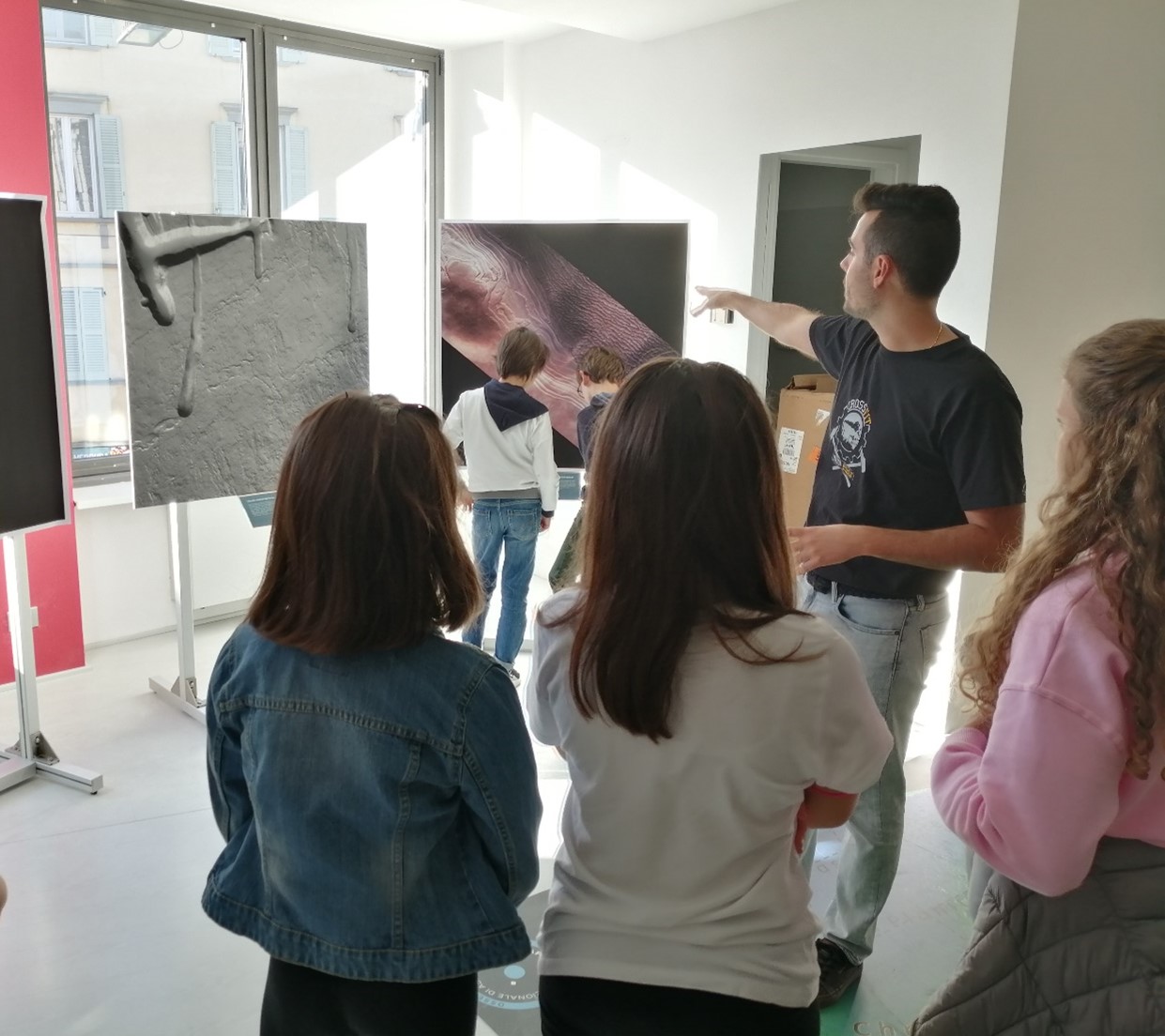 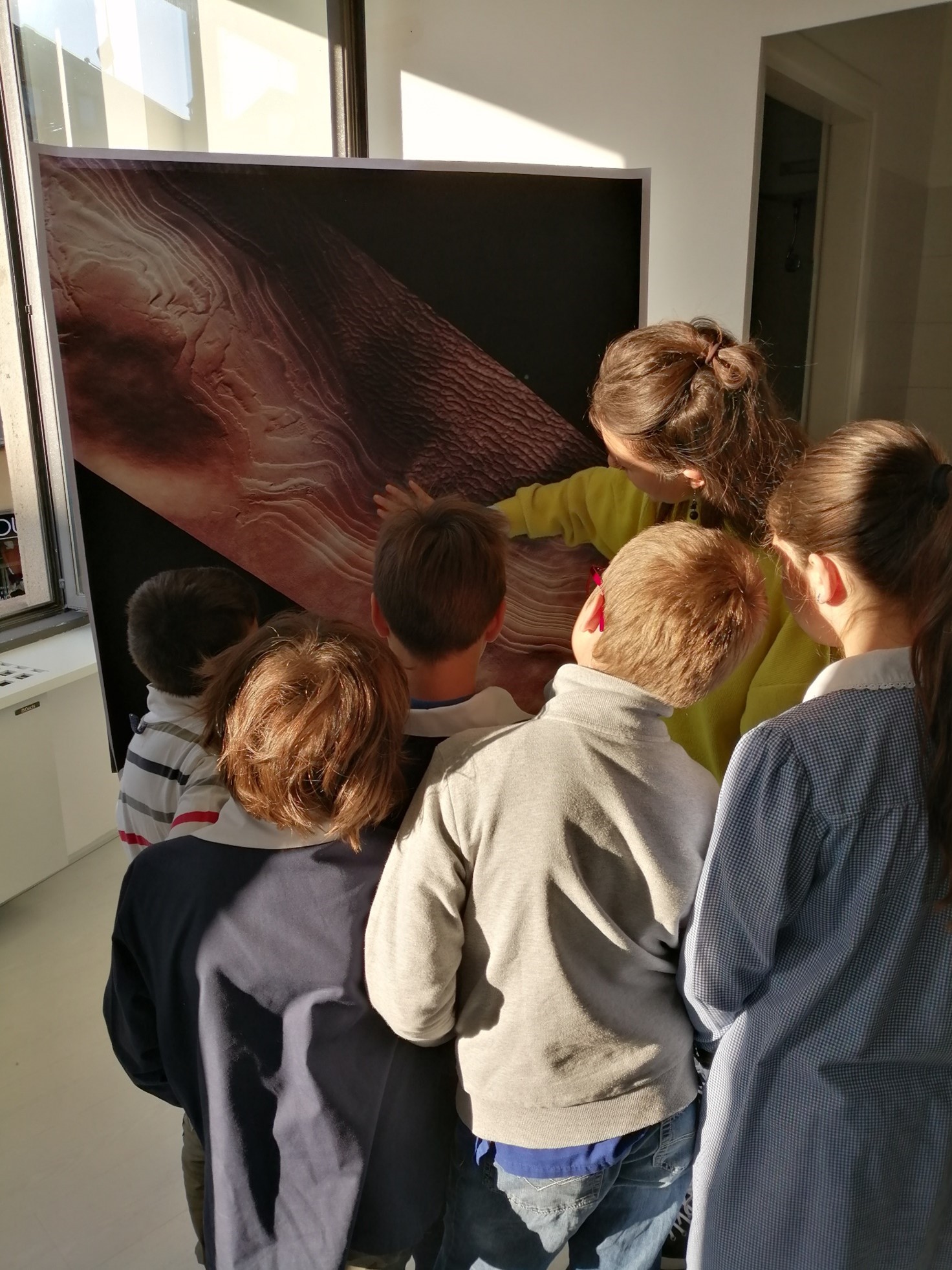 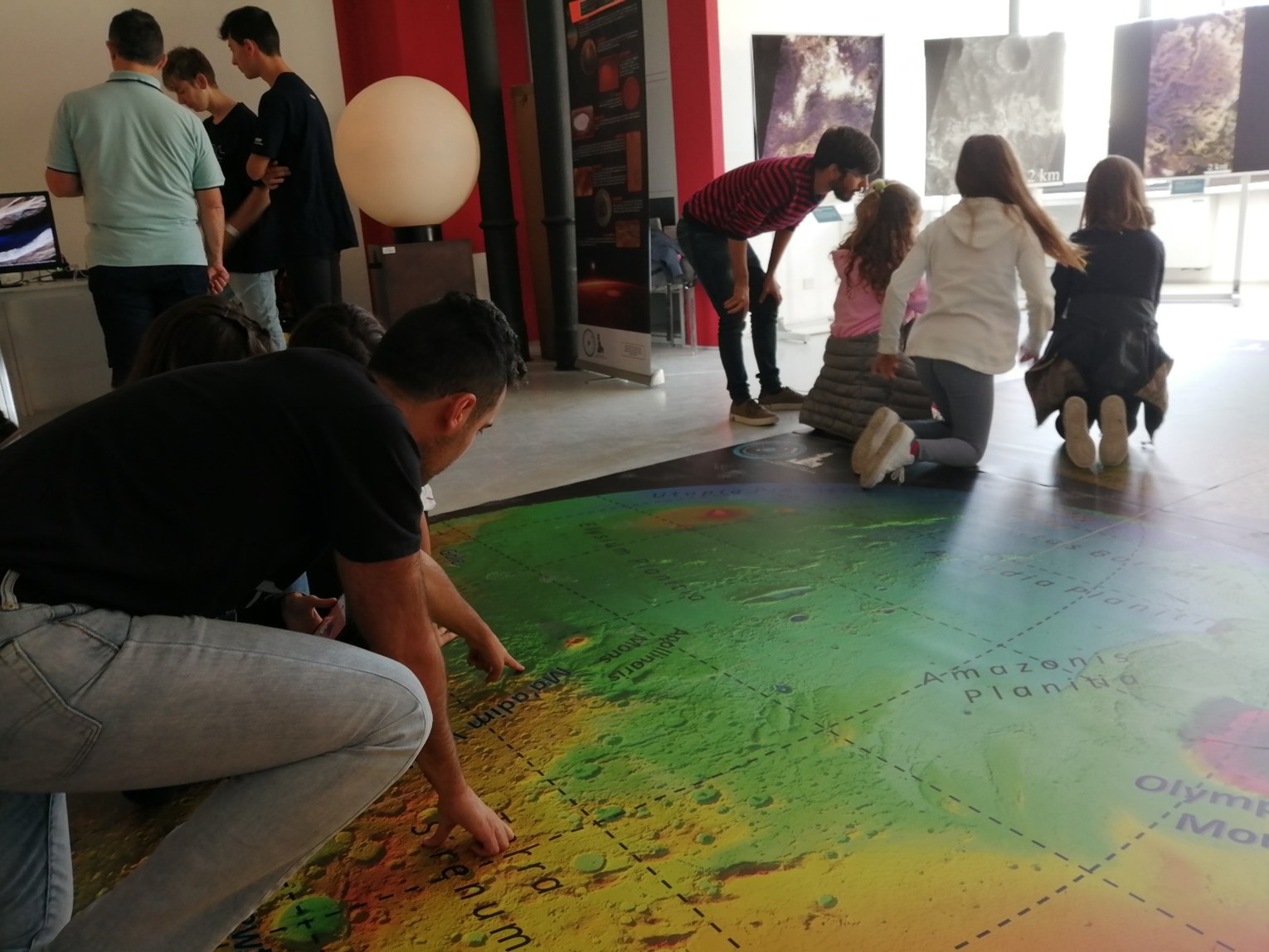 Students exploring the surface of Mars through the augmented-reality enabled carpet, supported by some members of the MAPS team. On top right, students learning about the Martian wind and listening to its sound. On the top-left in the background, some color images of the surface of Mars taken by the CaSSIS camera