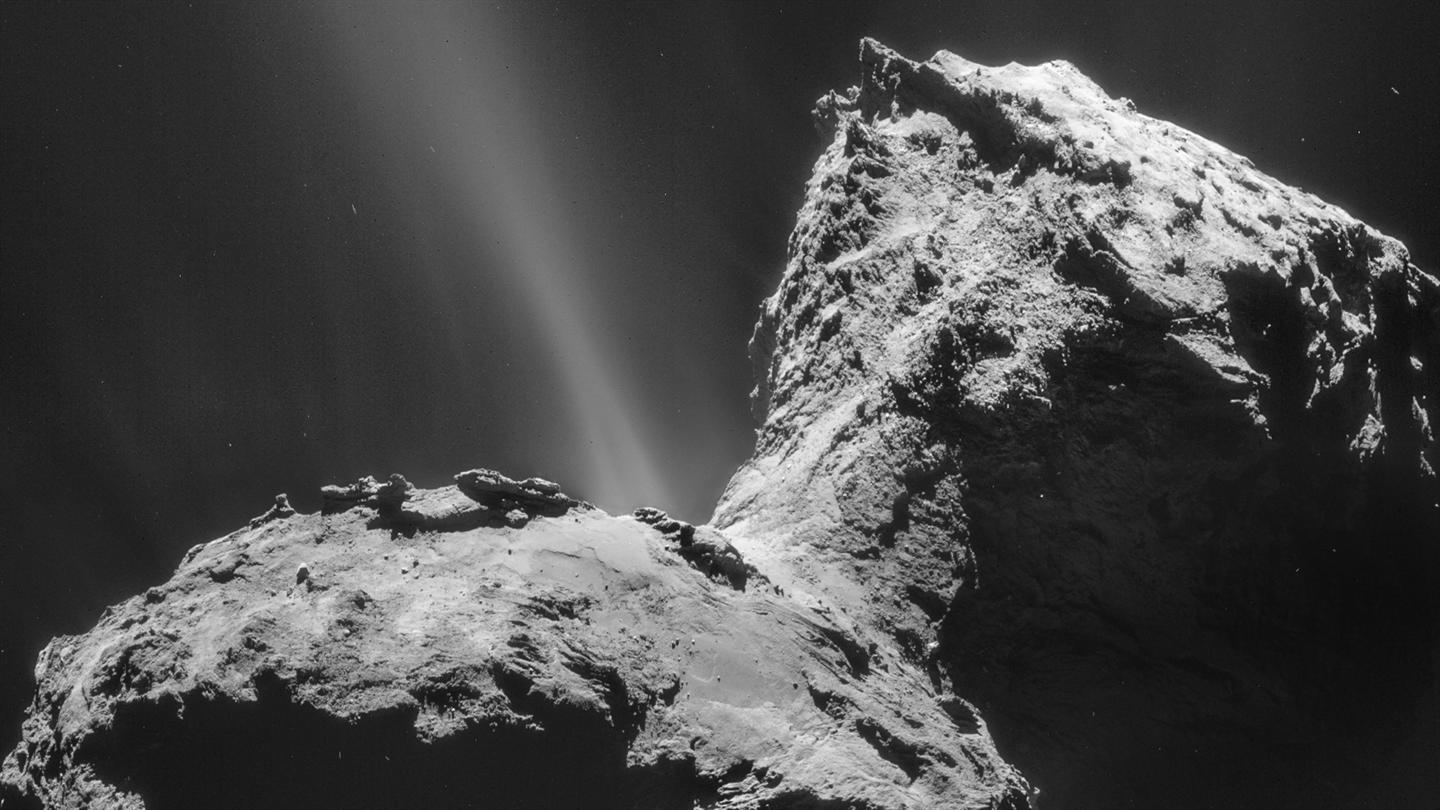 We are interested in studying the properties of minor bodies, such as asteroids and comets. Our involvement in the ESA  ROSETTA mission allowed us to study in great detail the comet 67/P Churymov-Gerasimenko. We are also involved in the NASA OSIRIS-REx mission, which reached the asteroid  101955 Bennu on  3 December 2018.

We are studying the formation and evolution processes that characterize the surface of comet 67P. Our approach is to merge geomorphological, spectrophotometric and 3D analyses to shed lights both on specific areas of interest on the comet, such as the Abydos final landing site for Philae, as well as the global layered structure of 67P. We also focus our analyses on the photometric properties of the dusty grains ejected from the nucleus and on one of the major surface changes witnessed around perihelion, the Aswan cliff collapse.

OSIRIS-REx  is the third mission in the NASA’s New Frontiers Program. Its goals are manifold:

Such informations are of great importance as asteroids are considered remnants of the original building blocks of the Solar System, and may help us to better understand it’s formation, over  4.5 billion years ago.

In the framework of the OSIRIS-REx mission, we are analyzing the size-frequency distribution of boulders on Bennu’s surface in order to gain insights on its origin and to evaluate the final landing site, where samples will be collected.