The ExoMars 2016 mission consists in the Trace Gas Orbiter (TGO) and a landing demonstrator module, known as Schiaparelli. The main objectives of the mission are to search evidence of methan and trace atmospheric gases. These compounds are very important because they could be signature of active biological and geological processes. The objective of the Schiaparelli landing demonstrator module, instead, was to perform a technologic test in preparation of future ESA’s mission to Mars.

The Orbiter and Schiaparelli were launched together on 14 March 2016. On 19 October, the TGO was inserted into an elliptical orbit around Mars. Subsequently, a number of manoeuvres were performed to put the satellite on a 74° inclined orbit with respect to the equator. In mid-March 2017, the aerobraking phase began and brought the satellite at a approximately 400-km altitude orbit. Since March 2018 the satellite is conducting its scientific mission. 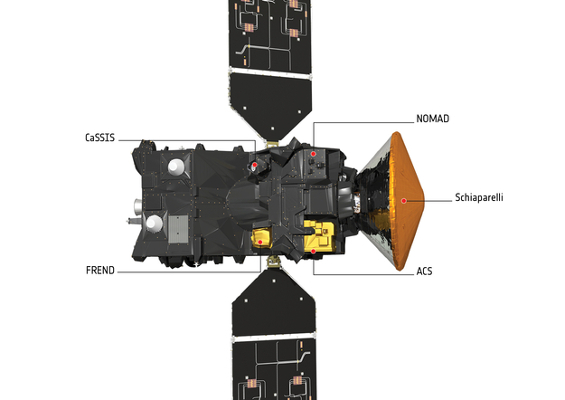 The TGO consists of four instruments:

Our group shares the Co-responsibility of the CaSSIS stereo camera with the University of Bern. CaSSIS is a high resolution imaging system which provides us colour and stereo images of the surface  of Mars at a resolution of 5m. These data are fundamental because they extend and complement the images obtained by the High Resolution Imaging Science Experiment (HiRISE) and allow the production Digital Terrain Models (DTMs) of the surface.  In this post, you can see an example of CaSSIS images and DTMs. 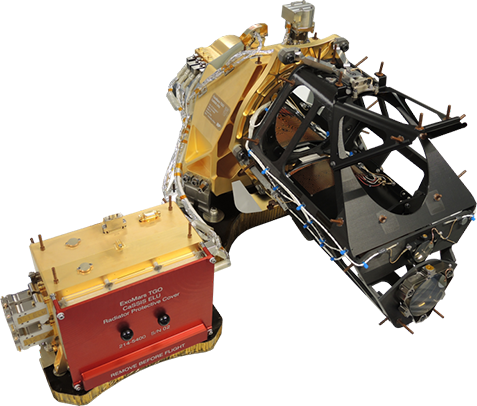 For more details on the CaSSIS stereo camera, we remind you to the relative research article: